We are here to explain some of the feelings you might have and suggest ways of dealing with them.

We want you to feel comfortable and at home. Our goal is to make our guests, and your guests, feel at home, or at ease. We understand the importance of our role in the celebration of the life of your beloved family member. We continue to pledge our service and support to the community of Sumter and the surrounding areas. We owe these communities a debt of gratitude for their years of trust and support.

We provide this website to you as a way to answer some of your questions about Williams Funeral Home, Inc. and its services. While we view our website as a service to you, we do not consider it a substitute for personal contact and service. So if you have questions you would like to discuss, or there is a way we may assist you, please do not hesitate to contact us. 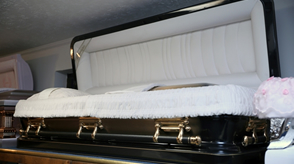 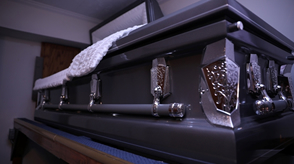 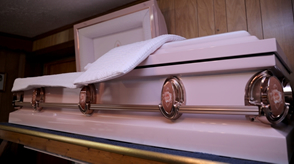 Anna Louise Glasscho Witherspoon, daughter of the late Wilbur Glasscho and Louise Burgess Glasscho, was born on October 19, 1948 in Kingstree. Anna was the second of twelve children and grew up in Sumter. She attended the public schools of Sumter County, and graduated from Lincoln High School with the Class of 1968. Later that same year Anna and Robert Witherspoon were united in marriage. They were blessed with three children, a girl and two boys. Anna loved her family and spent the next...      Read More

Rosa Lee Herriott McDuffie, widow of the late Isaac McDuffie, passed away Friday, January 20, 2023, at Prisma Health Tuomey Hospital in Sumter, South Carolina. She attended the public schools of Sumter County and was a graduate of Eastern High School. In accordance with the COVID-19 guidelines the family is requesting that face masks and social distancing be observed by relatives and friends during visitation at the home. Funeral services will be held on Friday, January 27, 2023 –...      Read More

Mary Frances Levine was born March 8, 1946 in Sumter County. She was the oldest daughter of the late John Henry McCain and Martha Dargan McCain. Mary took flight from the call of our Heavenly Father on Thursday, January 19, 2023 at Sumter East Health and Rehabilitation Center, Sumter. She was educated in the public schools of Sumter County. In 1964, she married the late Eugene Rodger Levine, Jr. Mary began employment at Sumter West Health and Rehabilitation Center, Sumter, which lasted for...      Read More

Lattie Moore Davis, Jr. was born in Sumter on September 28, 1941. He was the oldest child born to the late Laddie Moore Davis, Sr. and Florise Prince Davis. He departed this earthly life on January 14, 1923 at MUSC Health Florence Medical Center, Florence. He was a member of Saint Mark Missionary Baptist Church in Bishopville. Lattie received his education in the public schools of Sumter County and graduated from Ebenezer High School, Class of 1959. He then furthered his education at Morris...      Read More